In response to recent COVID-19 concerns, we are writing to assure our clients that we are taking recommended precautions.

Would you like to switch to the accessible version of this site?

Don't need the accessible version of this site?

Vital Health & Chiropractic Center
A World of Health Under One Roof! 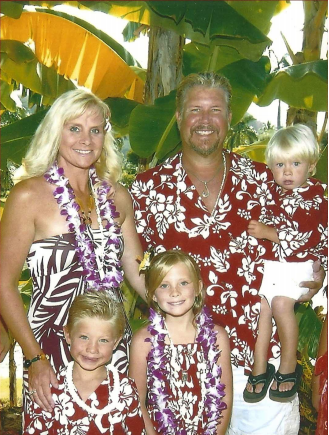 Vital Health & Chiropractic Center founder and Clinical Director, the late Dr. Eric W. Melzer, D.C. was licensed by the California Board of Chiropractors Examiners and the State of California Department of Health Services as an X-Ray Supervisor and Operator since 1990. He attended the top ranked chiropractic school, Palmer College of Chiropractic - West in San Jose, California where he acquired his Doctor of Chiropractic degree in March, 1990. Dr. Melzer studied diversified techniques - Palmer Upper Cervical, SOT, Cox, Thompson, Activator, Gonstead Techniques and others.

Dr. Melzer developed an interest in the health care field from a Doctor teaching an anatomy class while attending a local college. From then on, Dr. Melzer new he wanted to be part of the medical field and help people. A friend led him to chiropractic and once he learned the benefits of chiropractic care, he new this was it. A Chiropractic Physician understands not only the illness or symptoms but also the context in which they are occurring, the patient's life. Dr. Melzer seeks to find the core of the symptoms and help patient's to correct that in order to then alleviate the symptoms . Dr. Melzer strives to make patients active in their continuous well being by instructing them on ways to maintain their health after active treatment ends. He studied The Aging Spine, Chiropractic Orthopedics, The Personal Injury Patient, Soft Tissue Techniques, Chiropractic Quality Assurance and Practice Parameters. He loves to take on difficult cases, strong skills in chronic pain management from the neck, back and shoulder to the sciatic conditions. He works with many professional attorneys in handling personal injury cases. He handles workers compensation and sports injures from sprains and strains to rehabilitation. He accepts most insurance, Medicare  and has cash programs for individuals and families.

Dr. Melzer has been practicing for over 24 years. He has been in his current location for 22 years. Since he began practicing chiropractic, Dr. Eric W. Melzer has kept up to date on many continuing educational classes, ensuring that his patients receive the most comprehensive and advanced chiropractic care.

Dr. Melzer is a Chiropractic Consultant for the South Gate Ambulatory Surgery Center working with Dr. Jeffery T. Ho, D.O. to help his patients who are in acute pain and in need of pain management. Dr. Ho utilizes a natural approach to his treatment called Sarapin, which comes from a Brazillian pitcher plant to safely and effectively reduce pain and inflammation. Sarapin promotes long lasting natural healing, non-steroidal, non-cortisone and no side effects.

Dr. Melzer is fluent in Spanish and is taking classes in Norwegian. He loves to spend time with his wife and three children, traveling, music, Hawaiian shirt and tiki mug collecting, Nightmare Before Christmas memorabilia and antique collecting. 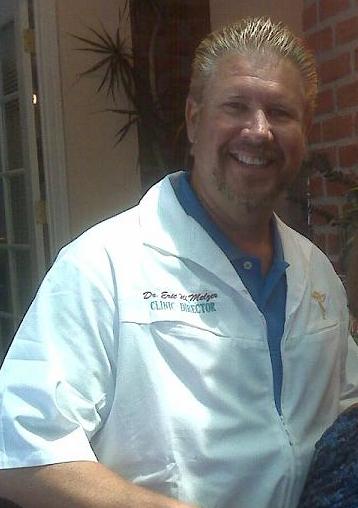 Send Us An Email Today!

Find Out When We Are Open